We’re delighted to announce that Sharp Shots has been commissioned by Kensington Palace to hold an exclusive set of photography drop-in workshops during the October half-term break.  The London photography courses for children and teens will run from the 19th to the 27th of October at this prestigious London venue. 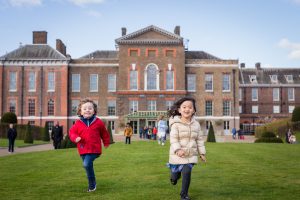 At Sharp Shots, we’re always on the lookout for inspiring locations for our workshops – and they don’t come more spectacular than this one.  Commissioned in 1689, Kensington Palace has been home to a number of notable royals including Queen Victoria, who spent her childhood there and, on June 20th, 1837, awoke there to the news that she had just become the queen. Diana, Princess of Wales and, most recently, the Duke and Duchess of Cambridge are also famous residents of this historic palace.  Set in a 30-acre baroque parterre, the magnificent building, which was designed by Christopher Wren, contains a huge number of rooms and apartments, including the 20-room suite occupied by Prince William and his family.

Once a small, suburban villa named Nottingham House, Kensington Palace is one of the more famous royal residences and can be reached easily from Queensway tube station on the Central Line – a five to ten-minute walk through the royal parks, past the Princess Diana Children’s Playground which makes this a magical location for our London photography course for kids.

Putting history in the frame

Kensington Palace is no stranger to the art of photography – in fact, it was here that Queen Victoria became the first monarch to have her photograph taken. It’s only fitting then that this stunning place is the setting for our exciting new photography courses for children in London. 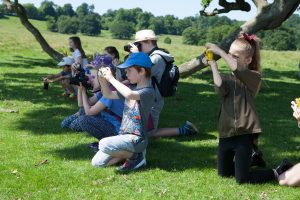 Led by a professional photographer, the half term London photography courses will begin in the Battenberg Room at 10.30am, running through to 3.30pm with a break for lunch.  The workshop will feature a number of topics, including:

During her 63-year reign, Queen Victoria was photographed in her many official and personal roles.  The first ever Queen to have her life documented by the camera, Victoria was fascinated by this new medium and insisted on numerous photographic portraits of herself, her beloved Albert and her children. During our London photography courses for teens, we’ll take a look at some of these iconic photographs taken throughout Queen Victoria’s time as monarch. 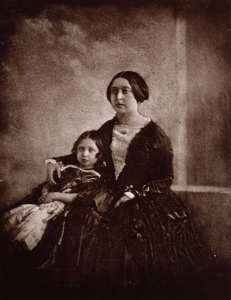 The earliest known photograph of Queen Victoria and her eldest daughter, 1845 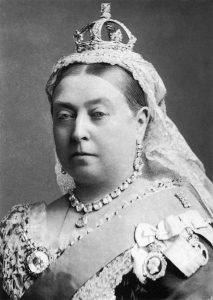 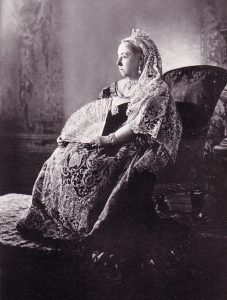 In front of – and behind – the lens

Although Victoria may have been the first royal to embrace photography, she certainly wouldn’t be the last. Here are some other famous royal connections with photography, including:

The 1st Earl of Snowdon, Antony Armstrong-Jones, was married to Princess Margaret – Queen Elizabeth II’s younger sister – between 1960 and 1978 and was the first royal marriage to be broadcast on television.  Armstrong-Jones was also a professional photographer, film-maker and honorary member of the Royal Photographic Society, whose works included society photographs and official portraits of Queen Elizabeth II and her husband, the Duke of Edinburgh.

Although the Earl’s royal engagements ended at the same time as his turbulent marriage to Princess Margaret, he continued to enjoy career success through other avenues.  In 2000, Armstrong-Jones presented a retrospective exhibition at the National Portrait Gallery, entitled ‘Photographs by Snowdon: A Retrospective, featuring over 180 of his photographs.

One of the most famous royal photographers, Sir Cecil Beaton often said that the opportunity to photograph Queen Elizabeth from childhood to young woman was the greatest achievement of his career.  On his death, Beaton’s photographs were passed to his secretary who would later donate them to the archives of the Victoria & Albert Museum in London.  There are many who say that Cecil Beaton’s photographs shaped the way that Queen Elizabeth was seen by the public and, during our photography courses for children in London, we’ll have the chances to take a look at some of these. 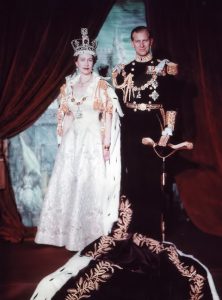 Duchess of Cambridge, Katherine Middleton, has always had a passion for photography and, in June of this year, she was honoured when The Queen passed to her the patronage of The Royal Photographic Society – a role that Queen Elizabeth had held for 67 years. Since the birth of her first child, Prince George, the Duchess’s family photographs have been regularly shared with the public.  Although just four years old, it’s rumoured that Princess Charlotte is already beginning to share her mother’s fascination with the medium of photography.

Our London photography courses for kids

Our London photography courses for kids are a fun way for young people to learn some great new photography skills within an inspiring setting.

For those unable to join us in this incredible location at half-term, we run a number of other London-based photography courses for teens in some fantastic parts of the capital, including:

Check out our site for details of all of our available photography courses in London. 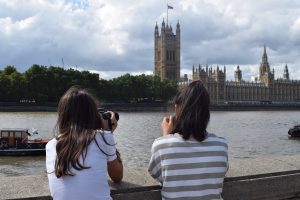 To find out more about our Kensington Palace photography courses, visit: