We are excited to be teaching at our new Central London venue- Archbishops Park in 2018! 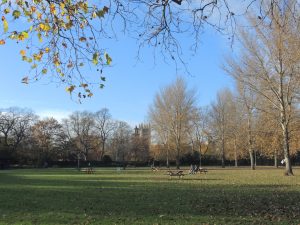 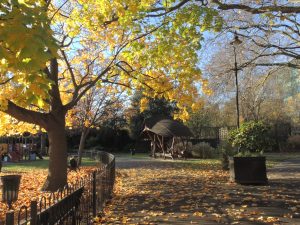 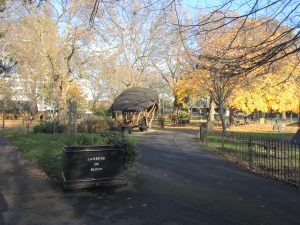 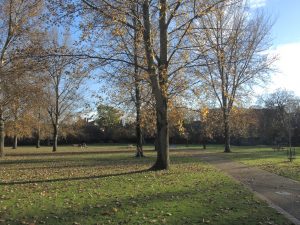 Archbishops Park is a beautifully kept, peaceful sanctuary situated  in central London directly behind Lambeth Palace, immediately South of Waterloo station and a few yards from the Thames. The workshops are held in a newly, purpose built meeting/workshop room located inside the park and next to the park managers office.

Once part of the 12th Century grounds of the Archbishop of Canterbury’s Lambeth Palace the ‘local poor’ were given limited public access in the late 19th century to what became known as Lambeth Palace Field. A licence was granted by the Church Commissioners for it to become a public park, which was laid out and opened in 1901 under the name of Archbishops Park.

Photo opportunities are abound; a few yards from the Victorian  Queens Walk promenade along the Thames with the iconic views of the Houses of Parliament. Carry on past the London Eye to arrive at the superb photogenic brutalist architecture of the South Bank Centre. With easy access to The Tate and just 2 mins walk to Damien Hirsts Newport Street Gallery.

Trendy Lower Marsh Street has great cafes, food and a historic market which runs throughout the week with a craft, produce and food market on Saturday. With the Superb Leake Street Arches graffiti (Banksy tunnel) a stones throw away providing great opportunities to take great urban and street photographs. The Old and New Vic theatres are also close- a vibrant cool quarter of London.